Parts of Melbourne go into lockdown as cases in Victoria dominate the acceleration in Australia. Record new daily cases globally this week as over 1.3 million new cases are confirmed. Official mortality data in the US suggests that COVID-19 deaths may be under-stated, and anti-body testing shows the burden may be more than 10 times greater than reported. Travel insurance complaints dominate the COVID-related AFCA complaints, and next year’s Australian Open will not have Pandemic Insurance with the current policy expiring beforehand. 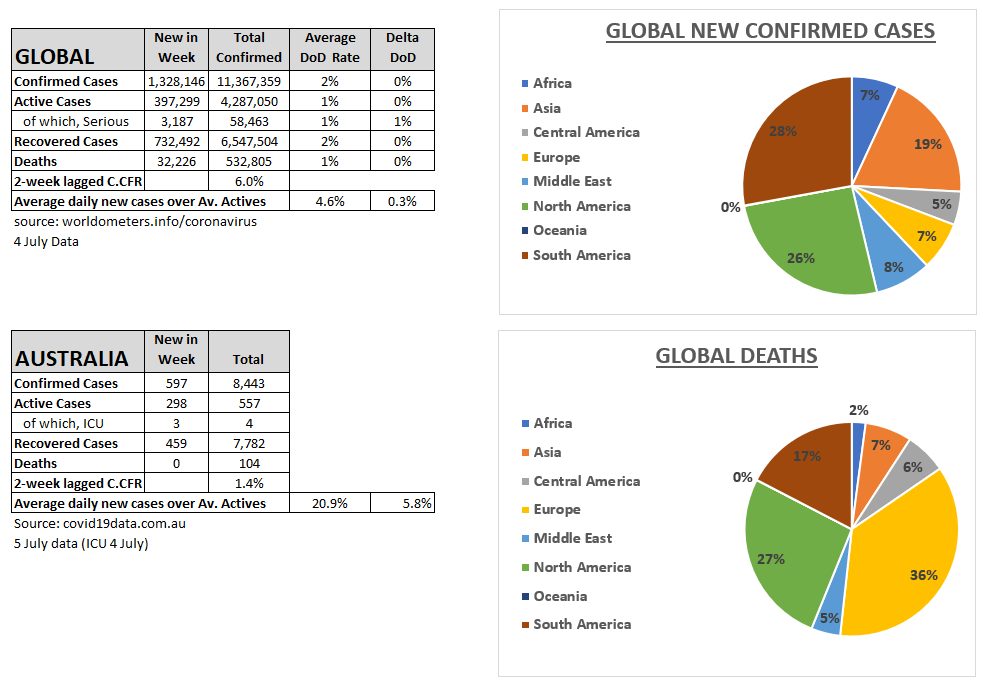 by Daniel Huang and Actuaries Institute