The Australian actuarial profession lost a much-esteemed member with the death of John Corbett on 6 September 2019. His friend and fellow member, Paul Cashman shares the story of John and his passion and contribution to the profession. 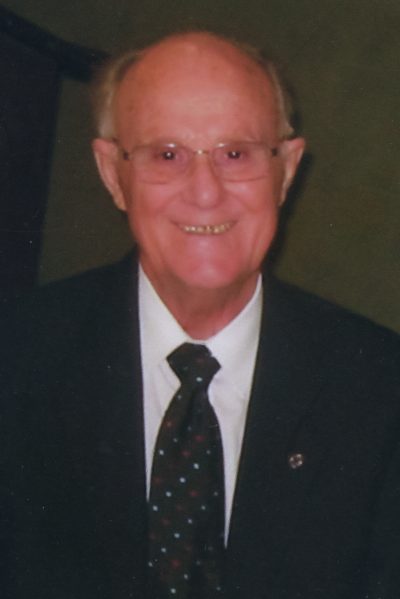 Although he began his actuarial studies later than most, and was forced to retire from full time work at an early age because of ill health, John Corbett made a distinguished contribution to the profession and to the life insurance and wider financial community.

The youngest of four children, John Thomas Corbett was born in the depths of the Great Depression on 28 February 1932 at Moss Vale in the Southern Highlands of NSW.  Like so many families at that time, the Corbetts struggled financially when John’s father, although fortunately retaining his job managing the local picture theatre, had his wages halved.

John attended the local St Paul’s primary school in Moss Vale, and then Bowral High School.  He was an outstanding student, attaining his Leaving Certificate at age 15, but as his mother considered he was too young to leave school he repeated the Leaving Certificate the following year, graduating as dux of the school.

His first job was with a local real estate agent, followed a few years later by a position with the local branch of the Commonwealth Bank.  During this time he was not pursuing any studies, and therefore had the opportunity to develop his skills in golf, snooker and rugby league.  John’s academic record, and in particular his Leaving Certificate results in Mathematics, eventually came to the notice of the Bank’s head office, and resulted; in a transfer to Sydney in the Actuary’s Department whereupon he embarked on his actuarial studies through the Institute of Actuaries (London).  John attained the FIA in 1960, having passed all the examinations at the first attempt.  By this time he had joined Australasian Catholic Assurance Company, later to be known as South British United Life, where he rose to become Actuary, a role in which he effectively was also the chief operating officer and investment manager.  In 1969 John joined E S Knight & Co., consulting actuaries, before returning to the life insurance industry in 1971 as chief executive of Commercial Life Assurance.  In 1975 he rejoined South British United Life as General Manager, remaining there until severe back problems forced his early retirement at the end of 1983, when he was still only aged 51.

Over the years John was actively involved in various investment, insurance and actuarial bodies.  He helped to establish the Australian Shareholders’ Association, was one of the founders of an investment group which evolved into the Securities Institute of Australia, and was also very active in the Life Discussion Group of the Insurance Institute.  He wrote a number of papers for the Actuaries Institute and various industry bodies, beginning in 1964 with a sessional paper to the Institute entitled ‘Valuation of Ordinary and Superannuation Business in Australia’, followed by papers to the Insurance Institute, the Securities Institute, ASFA and the Pacific Insurance Conference.  He was a regular speaker at sessional meetings and conventions of the Actuaries Institute, where his invariably insightful contributions were delivered in plain language and with conviction.  John served as a member of the Council of the Actuaries Institute in 1965-67 and again in 1978-81, becoming President-Elect in 1981 before ill health forced him to resign without succeeding to the Presidency.  In 1975-78 he was a member of the Accountants and Actuaries Liaison Committee as a nominee of the Actuaries Institute, and in 1978-81 Chairman of the Institute’s Legislation Committee.  He again served the Institute some years later when in the early 1990s he was Editor of “Actuary Australia”, a print magazine predecessor to “Actuaries Digital”.

In 1972, John commenced his involvement in the actuarial studies programme at Macquarie University with his part-time appointment as Visiting Fellow in Actuarial Studies.  In that role he lectured and examined final year actuarial students in the subject ‘Australian Actuarial Practice’.  Through that involvement, which continued until 1981, John came to know virtually all of the future actuaries graduating in that ten year period.

Lest it be thought that his life had become “all work and no play”, it is important to record that, while all these activities were taking place, John and his dear wife, Joan, whom he married in 1955, were busy bringing up their family and doing all the things that parents do – maintaining the home, providing for their family in a loving environment and nurturing and supporting their children in their academic, sporting and social pursuits.  John had a keen sense of humour, a loud, hearty laugh and was always “the life of the party”.  He and Joan were very welcoming hosts of their wide circle of business and professional friends and acquaintances.  He enjoyed sport, was a dedicated fan of the Balmain Tigers rugby league team, and was also a keen cricket follower.  He was a strong advocate of “a fair go” and was generous with his time, whether with students seeking guidance or with employees or sales staff looking for a good listener and some wise counsel.

By 1978 John began to experience severe back pain which was thought to have resulted from football and helping his father move heavy theatre seats many decades previously.  Despite major surgery the back problems continued, leading to his premature retirement in 1983.

For a few years prior to this time John had been assisting the Redemptorists, a Catholic order of priests and brothers, as a member of their financial advisory committee, and when the Redemptorists learned of his retirement plans they offered him the role of Finance Manager, working flexible hours from their monastery which was near John’s residence.  John commenced in that role a few months after his ill health retirement, eventually fully retiring in 2000.  He continued to maintain contact with former professional and business colleagues and acquaintances through his active membership of the Claude Club (a luncheon discussion group with an investment flavour, of which John had been a member for more than 50 years), the Retired Actuaries Group Sydney (RAGS) and the Retired Executives of Life Insurance Companies (RELICS) for the remainder of his life.  He also volunteered at the Mitchell Library for the last 12 years as a transcriber of the letters and diaries of servicemen and servicewomen from World War I, was active in his local Probus Club and enjoyed playing lawn bowls (with the aid of a mechanical bowling arm because of his back problems).

John Corbett was a dedicated family man, devoted to his wife, Joan, and their children Stephen, Matthew and Catherine, as well as to his extended family.  He was also a man of faith who placed his trust in God.  He worked hard, played hard and prayed hard.  Never once was he heard to complain or bemoan his ill health, and he always remained grateful for everything in his life.

The large congregation at John’s funeral included a sizeable number of actuaries and was testimony to the respect which he had earned from his many friends and acquaintances. The words of the Latin poet, Catullus, seem especially apposite as we remember our esteemed colleague: Atque in perpetuum, frater, ave atque vale!  And forever, brother, hail and farewell!

Paul was among the first intake of Macquarie actuarial students in 1968, and has spent most of his career in life and general insurance and investment management. In more recent years he has been working as a financial and investment adviser.

Dear Paul, Congratulations! What a tremendous tribute to John. Thank you for that indepth memory of him. I am sending this on to our Provincial for him to process it in the Province which owes so much to John.......Regards Leo C.Ss.R.

by Anthony Asher and Colin Grenfell