by Anthony Asher and Colin Grenfell

This article is about including the value of a pensioner’s home in the asset test used to determine age pension entitlements – but only to the extent that it exceeds the median price for the postcode, or alternatively for the municipality.

Yes, we know both main political parties have roundly rejected the suggestion. But it is also likely that the new Retirement Income System Review will highlight the problems with not including it. This is because everyone we know who has looked at the big picture thinks it would be fair, and would free-up finances to address those who are currently vulnerable – such as age pensioners who rent accommodation. It would also allow the taper rate on the asset test to be reduced to something less penal.

The Henry Tax review (p549) suggested that homes over $1.2 m (2009 values) be included in the asset test and estimated that only 10,000 pensioners would suffer any loss of Age Pension. The Grattan Institute suggests that including the value of homes above $500,000 (2018 values) would save the budget between $1 and $2 billion a year. The Australian Chamber of Commerce and Industry (ACCI) agreed it should be included, as did the Actuaries Institute recent Green Paper (of which Asher was one author). 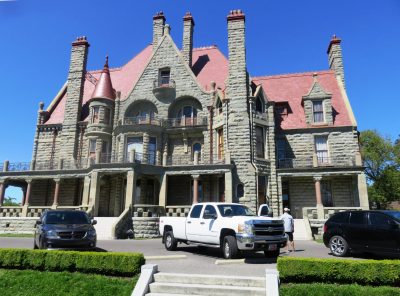 What are the objections? The Combined Pensioners and Superannuants Association (CPSA) thinks it would be “massively unfair” targeting the vulnerable. A Labor MP is quoted that “more retirees will be pushed off the pension, out of their homes or both.” He is right about the former, but wrong to think that they are vulnerable. The vulnerable, as recognised by a Senate Committee, are those on grossly inadequate rental assistance.

We suspect that the most common objection is a “knee-jerk” one which overlooks that half of home-owning pensioners will not be impacted, and for those that are impacted, does not consider the flow-on advantages of the proposal – which include the potential for a concurrent increase in the pension and a reduction in the taper rate. 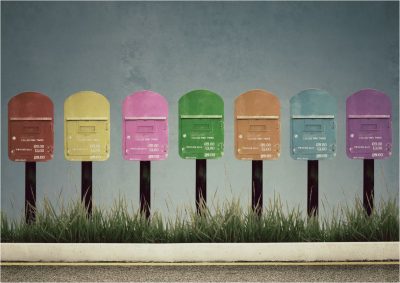 Before we can even discuss the question, however, we have to ask whether we can stop shouting at each other about age pensions and superannuation? Of course, these are not the only thing we shout about in the media. There are more important issues like climate change and world peace. Why do we shout so much? Have we got into the habit of allowing people to shout without asking why they feel so passionately? Often they have some sort of personal interest. The CPSA has nothing on rental assistance on their website, which suggests that they represent home-owning retirees. One feels for the politicians, as we know that they would be bombarded by pensioner constituents with a strong sense of entitlement and plenty of time on their hands. As an indication of the response they might receive, an earlier version of this article in the Conversation received over 100 comments in a few hours and was closed as comments became offensive. More than a little courage is called for, but the issue is pressing.

We can disclose that neither we, nor our families are directly interested in the consequences of this particular issue. We think that, with four decades of experience each, that we have some expertise in the industry and a reasonable grasp of the questions of fairness. 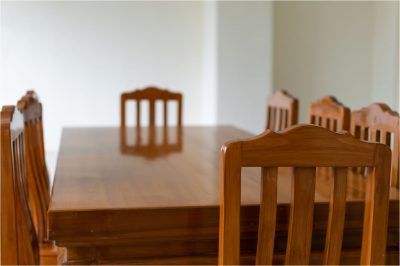 Chartered Accountants (Australia and New Zealand) (CAANZ) have some research that shows that most pensioners are against including the home, but the respondents to the questionnaire also recognise that the higher costs of supporting older people will require some ways of saving money or raising funds. Their research would suggest that including the home is not that violently opposed. Most of their respondents were prepared to accept a fairly small increase in the asset test threshold below which the full pension would still be received. CAANZ make the point that the asset test already makes allowance for the home of $200,000. They point out that is roughly the median price of houses in rural South Australia, being the lowest prices in Australia.

The current situation of a totally exempt home means that many with houses valued in the millions can be drawing the full pension. This is not only generous but unfair. Unfair not only to those who do not own houses, but also to those who have relatively modest houses and have higher financial assets that are counted towards the asset test.

The incentive therefore is for people to:

There is considerable evidence that this is exactly what people are doing. Go to any financial adviser and they are likely to make the suggestion that you consider it. Why not?

No one is suggesting that retirees spending less than the median should have to cut their expenditure. Two things are being suggested. First is that if people want to maintain most of their wealth in a large house, that it should be used as security for a pension rather than being left to the children. Second is, that people’s total wealth should be considered when determining whether the age pension should be reduced or not. 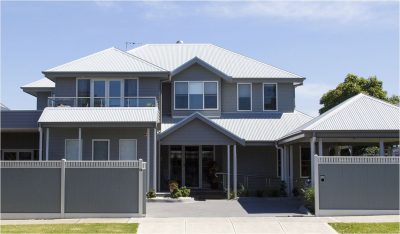 It is currently possible for a single person in a $1.2 million property with $250,000 of assets to be drawing the full age pension. Assuming a drawdown rate of 5%, they can then spend $33,000 pa, but pay no rent. On the other-hand, a non-home owner with $650,000 of assets, will get no age pension, and can spend the same, but probably has to pay half in rent to live in accommodation worth $600,000. They therefore have roughly half the living standard. This is not fair.

It is also economically inefficient, because the homeowners are living in houses that they would not live in if there were not these artificial incentives.

The suggestion we want to highlight in this article is to count the house value for the asset test, but only that which exceeds the median price for the postcode or the municipality.

The Institute’s recent Retirement Incomes Green Paper mentioned that a threshold might be set “relative to the average house price in the post​code in which the retiree is resident” [our bolding].  Here we have chosen medians rather than averages because they are commonly used in the property market and are not distorted by skewness or outliers. 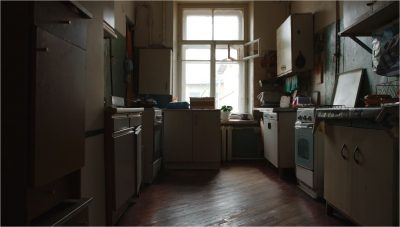 Like the Green Paper, our initial thinking was also based on postcodes but we now favour Council municipalities.  We feel that postcodes would be too granular for threshold purposes – there are approximately 2,600 “real geographical” post codes in Australia.  A more manageable and appropriate basis would be to use municipalities – there are about 540 Council municipalities in Australia.  Choosing municipalities also links in well with our recommended use of annual Council “capital improved values”.  Unlike postcodes and regions, municipalities have a “responsible identity” to organise and update the valuations needed for the medians and for each retiree’s means-testing. Responses to the Conversation article did point out that this would be relatively unfair on those who had already downsized to an area where prices were lower. It would be the case, but we think the possible unfairness would be considerably less than the current arrangements.

The advantages of our proposal are that: 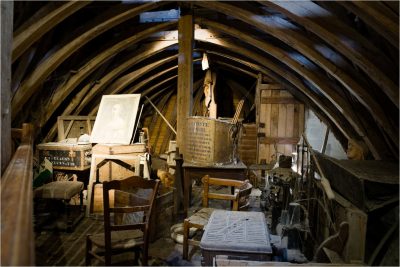 This is surely fairer, and surely more efficient. Do we really want our parents and grandparents to be living in houses where the bedrooms on the first floor have not been visited in a decade, and which are becoming an increasing burden to them and to us? Often all for the sake of a slightly larger inheritance?

Anthony Asher is an Associate Professor at the School of Risk and Actuarial Studies at UNSW and Convener of the Actuaries Institute's Retirement Incomes Working Group. He has 40 years experience in life insurance, investments and superannuation - half of that teaching actuarial students.

Colin Grenfell is a retired actuary and superannuation consultant. He is a member and former Convenor of the Actuaries Institute Superannuation Projections and Disclosure (SPD) subcommittee. In 2018 he was awarded the Institute’s Spirit of Volunteering Award. Colin has a long-standing passion for stochastic and historical investment simulation modelling. He is the designer and owner of the Austmod investment simulation model. Prior retirement, Colin held a variety of superannuation, actuarial and investment roles with National Mutual Life. During the past 20 years he has held various superannuation trustee directorships and was a part-time member of the Superannuation Complaints Tribunal (SCT).

Thank you for the well written, interesting and important article. However I have a reservation. I support the inclusion of the principal residence in the assets test but I query whether the median postcode adjustment is fair. I can easily imagine that someone living in a median dwelling in an exclusive postcode will receive full pension whereas someone with identical financial assets living in a property of identical dollar value in a less desirable postcode will receive none. Is that fair? I don’t think that’s going to pass the pub test .

Thanks for the article.
I agree with John, varying the threshold seems unfair - and the rationale for varying it is not explained in the article.

Our proposal addresses the inequality of outcomes that would occur if the home was included in the asset test, and no recognition was granted for different costs of living (particularly) housing in different parts of the country. In particular, an undifferentiated inclusion of the value of the home would force people living where land prices are higher to move away from their friends and family. I accept that the proposal does create other inequalities, and would be happier with an undifferentiated inclusion than the current exclusion of the home and its perverse incentives. My intention in writing the article was to encourage discussion and hopefully action.

It is not true that including the home would mean people in high priced areas have to move. They may need to access the equity in their homes and leave less to their heirs which seems fair enough to me. I have prepared a more detailed proposal which I presume is being reviewed before being published.

Why not ignore the Assets Test and just deem an income equal to the average/median rental income for the locality. This should help put renters and owners on a more equitable footing. It would need to be more granular than local government area.

John and Mark. With any means test there will always be, as Anthony said, some inequalities. The only way to avoid them all is to have a universal age pension (which is my first preference) for everybody over age 67. That is, no means tests, but with the age pension subject to income tax and probably subject to some special tax for those over age 67. If means tests are retained then at least our "municipality" proposal is far fairer than the current basis.
In John's example, the house for the second person must be worth well over their municipality's median. There would therefore be an incentive and potential for the second person to downsize and purchase a cheaper home in the same municipality, if that is their choice, and to get the same age pension as John's first person.

by Nick Cowdery and Pete McAllister