As a pure maths graduate and computer programmer in the 80’s, Jaimie Sach became well versed in detail and precision, as well as seeing the ‘end-to-end’ bigger picture. He continues to utilise both these faculties as an actuary and in his role as Chief Risk Officer for Zurich Australia.

A keen math student, Jaimie studied pure mathematics when he first entered university in the UK. Interestingly, this changed the way h­­e thought, in a very noticeable way.

“I became very much more pictorial in the way I envisaged things. So I started to understand things, if I could actually picture them in my mind, it completely changed my thought processes” he says.

He decided to pursue an actuarial career because of it was an opportunity to use mathematics in a business context.  So when Jaimie left university he did the “milkround” and got a job at Legal and General. “It was an actuarial graduate role where I worked in a number of areas: defined benefit annual valuations and triennial reviews, and a bit of group risk underwriting.”

He also did three years of mainframe computer programming.  Jaimie describes programming as a very logical discipline with outcomes that are clearly right or wrong. He was lucky to get exposure not only to the detail in that respect, but also to see projects from concept, right through to delivery.

“I wasn’t just programming, I designed the applications, coded them, system and user testing and then did the user training as well…it was very fulfilling,” he adds.

This holistic practice carried on when he returned to actuarial work. It was perhaps no more prevalent in Jaimie’s career than last year, 2018. One he describes as his most rewarding yet 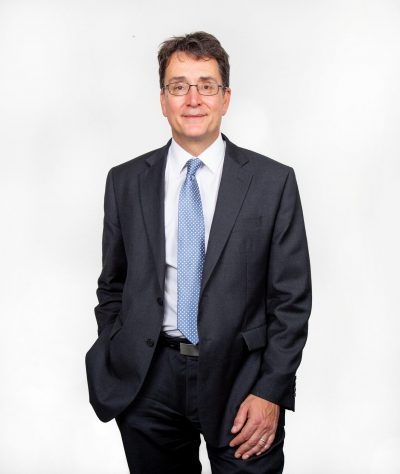 Working as the CFO for ANZ Wealth, he led the finance stream of the $2.85 billion sale that brought insurance business of OnePath Life (which had written both insurance and investment business for the last 50 to 70 years) into Zurich Australia.

After the sale was agreed, the work had only just begun.  OnePath Life then had to be split as its investment business had been sold to another party.  “From one very, very large company, we ended up having to create two smaller companies that were totally operational on their own,” Jaimie explains.

“It was like rewiring a house completely without demolishing it and ending up with two houses.”

The complexity involved demanded detailed knowledge of the products and operational workings, and their interconnected parts. Jaimie’s precision and experience as an actuary helped him lead the finance project team through a successful transition in which customers experienced minimal disruption, and the split was executed correctly

“Seeing how the team excelled in doing that was probably my most satisfying moment in my career. Watching them achieve that separation [of businesses] was quite stunning,” he says.

Not all actuaries will make it to executive level. But the profession’s deep and rigorous training in finance and business sets them up with an advantage to, if that’s what they want to do.

See what we see – watch Jaimie in action, for the Actuaries Institute’s new brand campaign to promote the profession.

“Actuaries end up understanding the risks [the business] takes on. You get into how you administer those risks and the claims management side. You look at both the business processes, but because you’re an actuary, you understand how it interacts with the financial processes and the ledger. So, you end up getting a very, very good understanding of how an interaction on one side of the company then impacts the ledger. That is fundamental to being an actuary.”

With this breadth of understanding, Jaimie says precision around numbers is also essential. “The sort of sums that are involved are very substantial, so you do need to make certain that people are making decisions based on accurate numbers. They are the basis that someone will assess the value of a company,” says Jaimie.

“People are looking for informative answers that are accurate, so that precision is essential in the sales process.”

Working at ANZ Wealth since 2001, Jaimie had firsthand experience with the products, the company’s   operations and its financials.  This helped him when he became OnePath Life’s Appointed Actuary and then again when he was elevated to the C-suite. Jaimie believes his experience as an actuary grounds him with fundamental understanding of the business and its underlying processes that help in discussions at all levels up to the Board.

“Actuaries can interpret the financials and relate it to what’s happening in the business. They take very complex financial outcomes and distil them down to people to actually say what are the business drivers.

They explain it in a way that someone can then understand, and then take action to create a different outcome – that is a key skill of an Actuary.”

Pitching the future of life insurance