COVID-19’s impact on the healthcare systems, worldwide, underscores the question: How can healthcare systems be more agile?  Make no mistake, unless we are intentional about applying lessons learnt in this crisis we will go back to same old ways. In this article we focus on Australia however lessons apply to most healthcare systems in the world.

Most OECD countries healthcare systems have an identity with one of the two typical health system typologies: Social Health Insurance (Social) – countries such as Germany, The Netherlands or Switzerland; or National Health Service (National) -countries such as Sweden, Norway, Italy, Spain or the UK.

Australia performs well by international standards with a mixed public and private system. Its identity has been the center of the debate since the Medibank reform in 1975, where the government instituted a short-lasting universal healthcare system, resembling the NHS model or single payer of health services. Through a series of reforms over time, even after the introduction of Medicare in 1984, a drift from the ‘National’ model has been experienced, through the expansion of financing sources, such as the incorporation of Private Health Insurers, while still almost 70% of finance sources comes from Commonwealth and State governments.

Since the 90’s, the different governments, aiming at relieving some of the pressure off Medicare, have set up implicit and explicit subsidies to assure the sustainability of PHI, which currently amount to $6 billion. Enrolment has also varied, while currently around half of the population are enrolled in duplicate hospital coverage, this has not always been the case, as in the late 90’s only around 30% of the population where PHI holders.

The system has swung between a ‘National’ and a ‘Social’ health service and has a public/private mix both in financing and provision of services. The COVID-19 crisis indicates the need to strengthen our system. More agility depends on planning and preparation. The difference is spared lives, efficient cost, and less stressful reactions to care needs in vulnerable populations. No system is perfect and they key is to adapt..

How has the pandemic affected the healthcare system?

The COVID-19 pandemic has poured an influx of resources into the healthcare sector. On 11 March, the Australian Government announced a $2.4 billion investment for the Australian health care sectors, including funding for primary care, aged care, hospitals, research, national support for ongoing response and communications.

Additionally, the Minister for Health announced the partnership with the private health sector that would cost around $ 1.3 billion. The deal reached by the Government implied private hospitals offering services to pubic patients (COVID-19 positive or negative) for Category 1 elective surgery (urgent), intensive care capacity, as well as accommodation for quarantine and isolation.

By necessity, in crisis, we have bridged the gap between public and private hospitals, de facto integrating the healthcare system, regardless of people’s coverage type (Medicare or private).. The option implemented in the crisis resembles the NHS side of the spectrum of healthcare system typologies, having brought in the private sector with the subsidies to surrender beds.

A case for Adapting by Design not by Necessity

In the crisis, the Government overlooked alternative strategies that might have legitimated the role of the private sector, making it accountable to deal with the COVID-19 emergency. A feasible alternative  would be to utilise health insurance with competing insurers as part of funding.  This would not have cost consumers any extra and provided government with a cost efficiency discipline in funding extra capacity. That is, let’s explore on using the system to design a more efficient response in advance of a crisis.

In a crisis we see small problems revealed as bigger issues.  Healthcare needs are evolving such as the growing need for increasing mental health services with the growing proportion of people with mental health conditions. 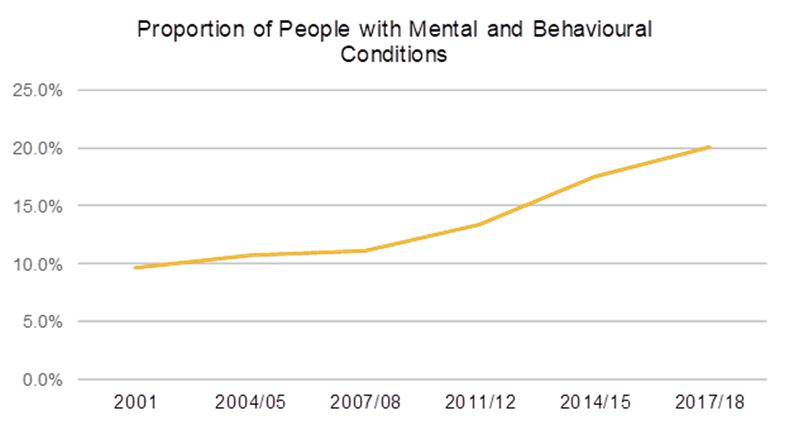 This shows there is a need to adapt and evolve our healthcare systems.  Reacting, necessary in a pandemic, shows us a way to better adapt our system for the next crisis.

Looking at the performance of healthcare systems in COVID-19 there are opportunities for a mixed public/private system for not just temporary solutions but for better design. Three key steps for developing our system are:

The traditional concept of resisting changes and awaiting large efforts is obsolete. Since we want a Healthcare System that works, individual changes cannot be implemented independently. Rather, the changes that produce and operate an improving healthcare system are operating continuously, efficiently, and sustainably. We can learn from work that has been a necessary reaction in crisis to improve the design and preparedness of our healthcare system.  The next crisis is coming and we can better prepare.

Franceso is Professor in Health Economics in the Newcastle Business School at The University of Newcastle in Australia, and at the School of Economics, Management & Statistics, University of Bologna in Italy. A scholar and advisor, over the last decade he has published extensively in the areas of public policy, economics and management with a particular focus on healthcare nationally and internationally. Some of his published work includes one single authored book, three edited special issues in peer reviewed journals and 55 academic peer-reviewed articles. In 2016 he received a ‘40under40’ Business News award in WA for his entrepreneurial and business leadership. Francesco is a permanent member of the Risk Adjustment Network, which is the leading network in health insurance and financing research and advisory globally, and the country representative for Australia.

Josefa is an economist currently working at the University of Bologna in Italy on the European Horizon 2020 funded MCDS Therapy economic research group. She was formerly an advisor in the Minister’s Cabinet at the Ministry of Health of Chile, where she focused on the development of the health insurance reform act. Josefa’s research has concentrated on health economics and she recently contributed to the publication of the Chilean chapter of the book ‘Risk Adjustment, Risk Sharing and Premium Regulation in Health Insurance Markets’ 2018, Elsevier

by Anthony Asher and Peter Worcester