In a week dominated by growing case numbers and in Australia, poor economic news, lockdowns and mandatory face masks in Melbourne, there were a few bright spots. Vaccine development continues apace, we’re getting better at treating COVID-19 and mental health may have started to improve in Australia. Two COVID-positive hair stylists in the US inadvertently showed that face masks work when they avoided infecting any of 139 clients. 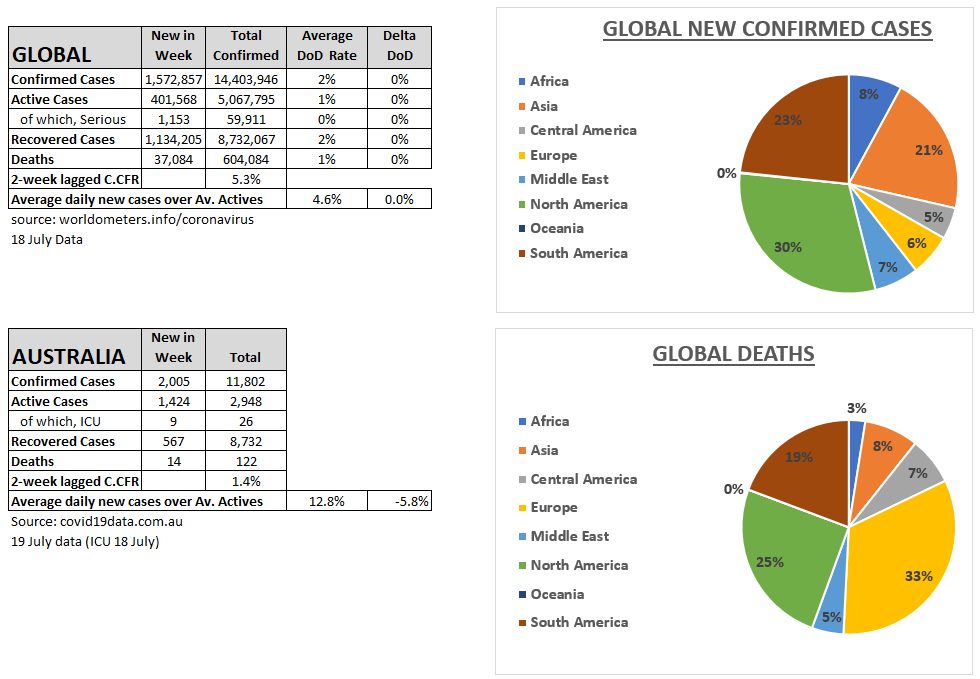