In the context of the misconduct found by the Financial Services Royal Commission (FSRC): “Do you think that it is important to find ways of reducing excessive CEO power and remuneration?”

The histogram below shows responses to this question when it was asked at the General Insurance Seminar Plenary discussion on Ethics and Leadership. 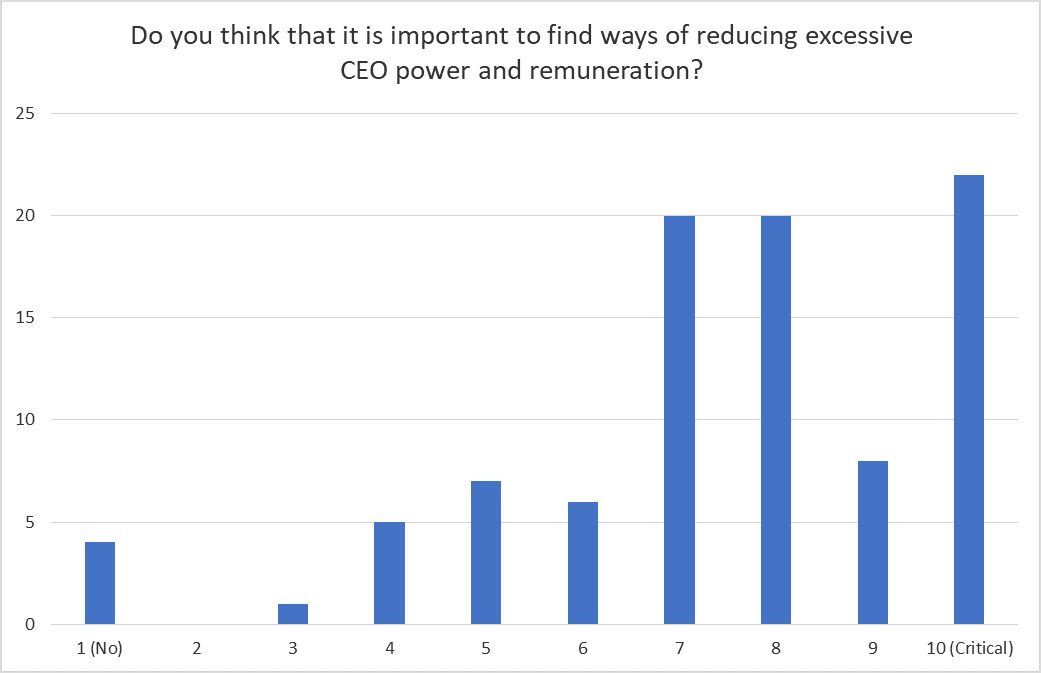 The question was asked after the following slide from my presentation. 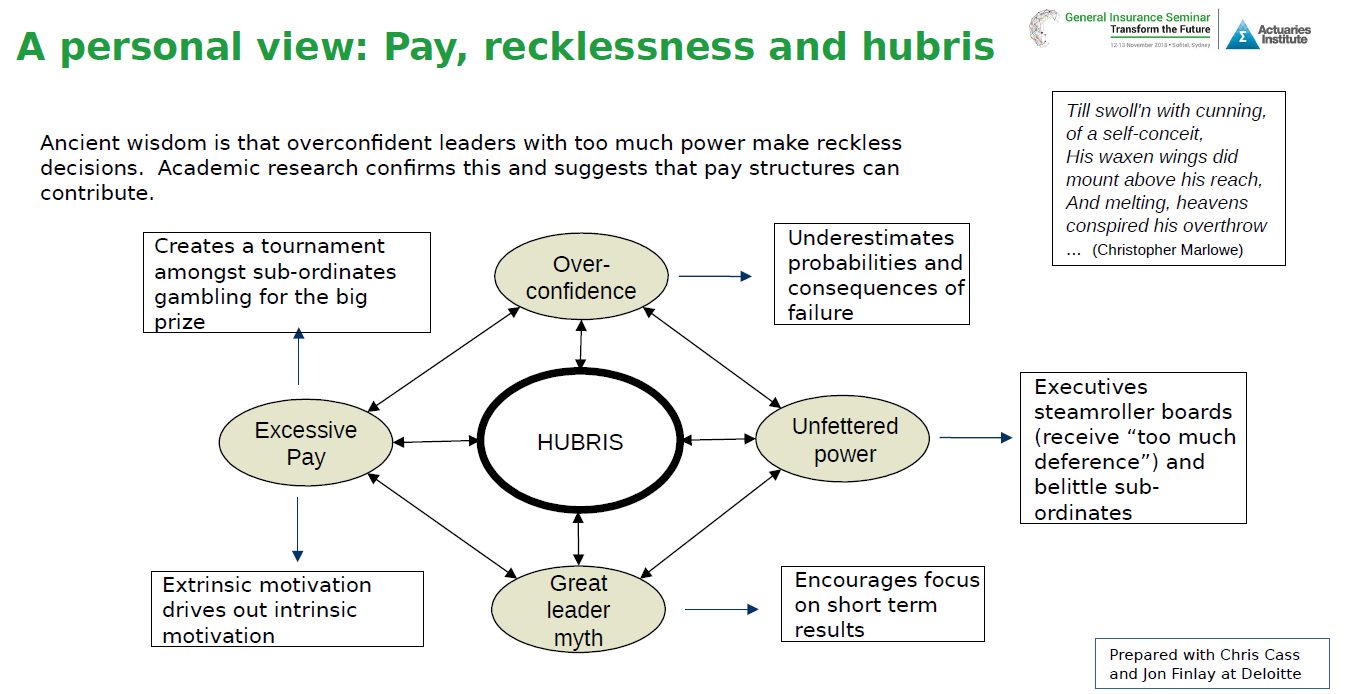 For those interested, some of the academic research is covered in more depth in my submission on the FSRC’s interim report.

The reason for asking this question is the surprising lack of lack of concern that the FSRC and regulators have shown for the level of remuneration – as against its structure.

APRA’s “Information Paper: Remuneration practices at large financial institutions” follows the international pattern. There is lots of material on perverse incentives leading people to focus on profit and sales rather than considering the real needs of their clients. There is however nothing on the possibility that the steep hierarchy in pay creates:

When the question of excessive remuneration is raised in the media and academic literature, it is sometimes suggested that it arises from envy. But listening to the CEOs being grilled at the FSRC over the last fortnight, the impression is that they are ordinary people often out of their depth. The strong feelings that do arise are indignation rather than envy.

But we should not act out indignation either. It seems to me that too much of the current discussion about accountability is driven by indignation and will end in tears. Things will go wrong, errors will continue to be hidden, and people will play the “blame game”. We need rather to consider error management, as is carried out in aviation, which recognise the importance of “reliable data” collected because people are not blamed, and the need to address “perceptions of invulnerability”.

Michael Jensen suggests that we need to “Change the structural, social and psychological environment of the board so that the directors (even those who fulfil the requirements of independence) no longer see themselves as effectively the employees of the CEO.” This is particularly noteworthy because Jensen might be said to have set off the runaway increase in CEO pay by his 1976 paper with William Meckling on agency theory, which advocated an “alignment of interests”.

Changing the structure probably means giving shareholders rather than CEOs more power over directors, and will mean that that shareholders have to apply their minds more to questions of corporate governance.

Rob Annabel is a UNSW student, who will be investigating this topic in his honours project next year. He and I would be interested in your thoughts: like, dislike or comments on this article, or send me an email.

Author note: This article arises from my research on ethics – in education and applied to corporate governance and regulation.

I think you need to look at the drivers of the excessive pay as well. On the Board I am on we try to balance customer satisfaction with profit and we try to balance short term profit and long term value creation as drivers so that decision making is balanced. In my view the companies in trouble are the ones who focus on short term profit only. They do not care about customer views or how decisions impacts the company longer term. I look forward to your research.

ERM learnings from the financial advice ‘Fees for No Service’ scandal