COVID-19 deaths set to pass a sobering one million globally this week. Australia recorded just 142 new cases in the last week.  The unemployment rate fell from 7.5% to 6.8% in August, despite an increase in Victoria. With schools looking to re-open in the US, a study has shown that almost two-thirds of cases were in adults aged 20-49 compared to 1.2% from children aged 0-9. And Cancer Australia publishes a review confirming what has been seen internationally in that there has been significant reduction in cancer screenings this year. 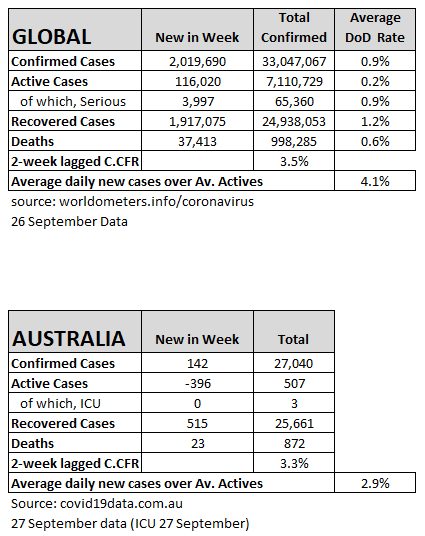 After a pause in new case growth for all of August, new cases grew again each week during September as cases grew in India, progress reversed in the USA and the Middle East and opening up in Europe led to new surges. But it is possible this may have come to an end as this week there was a very modest increase in new cases. Importantly:

Against this, new cases rose substantially in Europe and in the Middle East.

Cases increased in many countries across all of Europe, some quite substantially, but only a few are threatening to break out of control, and while deaths have been increasing, they are much lower than when new case numbers were similar in the early stages of the first Western European surges. Further, most countries are taking actions to bring back control, and Spain appears to be well on the way to re-establishing control.

Deaths were one of the lowest in months at 37,413, and there have been two weeks of deaths to two-week-lagged new cases of under 2.00%

The European experience, especially in Western Europe, points to the challenges of living with COVID while opening up society and economies, but, in general, there are more successes than intractable problems.

Likewise, the New Zealand experience illustrates how pernicious is COVID and how hard it is to eliminate. Eight weeks after it re-appeared in New Zealand, there is still not a definitive identification of how it arrived back, there were 20 new cases in the week, about half of which were locally acquired, and there are 61 active cases.

Again, in world terms, Australia (and Victoria) looks a strong success story, with new cases running at just 4% of the early August peak.

As is expected, Victoria dominated numbers with 108 cases in the week. For perspective, at their peak, Victoria had average daily cases of over 450. The vast majority of cases are from traced sources. Victoria will now enter the hard slog territory that NSW and Queensland have been through of chasing down the final pockets of transmission and isolating them.

NSW had 18 cases in the week, just one of unknown source.

Under the Spotlight – Jules Gribble (Councillor) 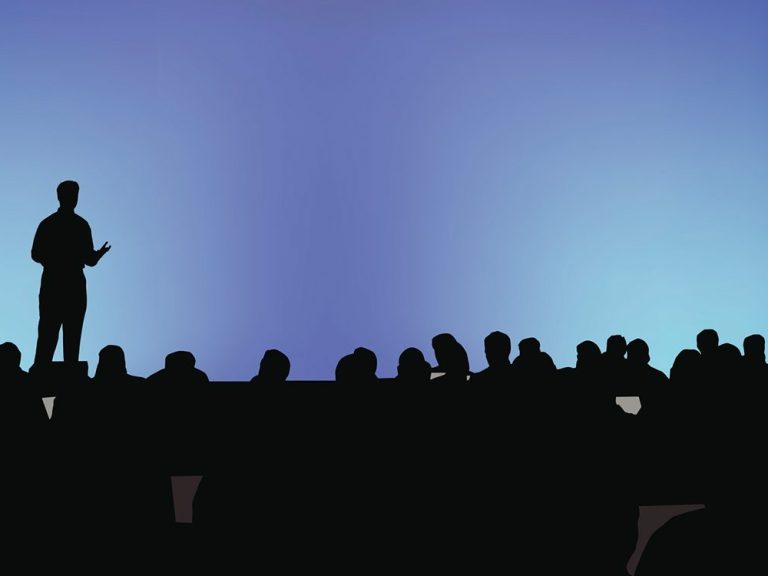