“Life is too short to be average” says Frankie Chan, Programme Development & Analytics Lead at Asia Miles Limited, Cathay Pacific Airways (Hong Kong). Read about his exciting career and his vision for Asia.

My interesting/quirky hobbies… Optimise the use of all my (20+) credit cards to earn credit card points, merchant discounts and airline miles.

What gets my goat… Valueless rules and process and someone providing a detailed explanation of why things can’t be done.

I’d like to be brave enough to… study a PhD.

In my life I’m planning to change… Lose 10kg (same as the year before).

Short description of career… I started my career in General Insurance with Trowbridge Deloitte (now Finity), before moving onto QBE Australia and CommInsure spanning across roles cover Pricing, Capital Modelling and Reinsurance.

In 2010, I took up an internal role with the Commonwealth Bank of Australia within their newly established Pricing function as Executive Manager, Retail Price Modelling which focused on setting customer level interest rate for deposit and lending products. The modelling team started with four people and grew to over 15 people when I left for Hong Kong in 2013.

For the subsequent four years, I was with Ageas (ex Fortis) in their regional office based in Hong Kong, supporting their General Insurance JVs in Malaysia and Thailand. My role had a wide remit ranging from providing hands on training to the local team, to presenting at Board level committees. I also had the opportunity to work on non-actuarial projects such as direct marketing.

My interest in the frequent flyer program (FFP) developed during my (very) frequent business travels, which led to my current role as Programme Development & Analytics Lead for the FFP of the Hong Kong airline, Cathay Pacific. My role is constantly evolving as the FFP continues its ambitious growth plan.

I became an actuary because… Of my love in Maths and it sounded like a career which applies Maths in the business world.

Where I studied to become an actuary and qualifications obtained… Macquarie University, Fellow of the Actuaries Institute, Master of Applied Statistics.

I am most passionate about… Growing talent.

What I find most interesting about my current role… Opportunity to be involved in solving a wide range of business problems, from determining an optimal level of airline seats for redemptions and new partnership developments to assessing the impact of program rule changes in a fun and happy environment!

My role’s greatest challenges… Dealing with conflicts – setting redemption seat availability requires a balanced consideration among a number of conflicting objectives between the airline and its FFP.

10 years from now, I will be… Retired (hopefully) and still studying.

The most valuable skill an actuary can possess is… Influencing.

Actuarial capabilities I use in my current job… Since the majority of problems I encounter nowadays are non-traditional (and lots of them are people related), I found both the Actuarial Control Cycle (ACC) and elements of the Commercial Actuarial Practice (CAP) course to be most useful

Skills actuaries should enhance to become more effective in my field of work… Sales.

The most interesting or valuable job or project I have worked on in my career and why… Motor & Fire insurance premium in Malaysia used to be regulated by a tariff structure, which was removed under a phased approach starting 1 July, 2016. This presented me with a once in a lifetime opportunity to act as a SME (Subject Matter Expert) to build capability for/with a major General Insurer in Malaysia as they prepared to transition to a liberalised market. It was not a BAU environment involving both massive infrastructure and mindset change.

I had the opportunity to build the pricing capability from ground up together with the local team, including:

The project also provided me with great exposure to advice on broader areas including distribution strategy, product design, marketing etc while gaining local market knowledge and developed some great friendships. 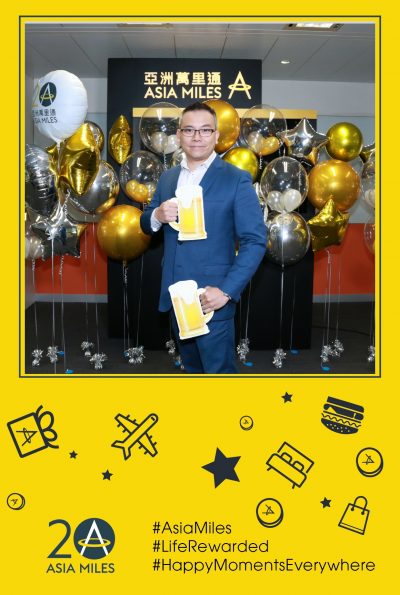 My vision on Asia…

Asia consists of a unique blend of markets which are culturally rich and each are at a different stage of development. In general, the markets are less sophisticated, digital adoption is high and agency remains the dominating channel (yes including Motor insurance!). Actuaries with experience from matured/advanced markets like Australia are well sought after. Regulatory changes are occurring in a number of markets presenting valuable opportunities for actuaries to contribute and create value.

Analytics are developing rapidly across insurance and other industries in Asia. Most large organisations have an analytics team of some sort, although the majority of them are at early stage trying to figuring out what they want to do, some are struggling to prove value. I have also seen an increasing number of organisations setting up offshore analytics/Centre of Excellence in countries such as the Philippines, India and Malaysia. (Good) Analytics talent remains in critical shortage.

In addition to becoming a data scientist, I also see that an actuary can create enormous value working with data scientists to define the business problem, identify the most appropriate type of model/analytics, overlay judgement and ensure outputs/insights are well understood and translated to actions.

Frankie is a qualified actuary with over 15 years of experience across General Insurance, Retail Banking and Loyalty program, having undertaken consulting and corporate roles covering Australian and Asian markets. He has a passion in solving business problems using analytics, with a sharp focus on value creation. He is currently Programme Development & Analytics Lead of Asia Miles, the frequent flyer program of Cathay Pacific Airways.

Some musings on actuarial research