An area of mounting interest as the environmental impacts of climate change become increasingly obvious are ‘tipping points’.

In climate science, a tipping point is a critical threshold that, when crossed, leads to large and often irreversible changes in the climate system[1]. If tipping points are crossed, they are likely to have severe impacts on human society[2],[3]. Tipping behaviour is found across the climate system, in ecosystems, ice sheets, and the circulation of the ocean and atmosphere[3]. 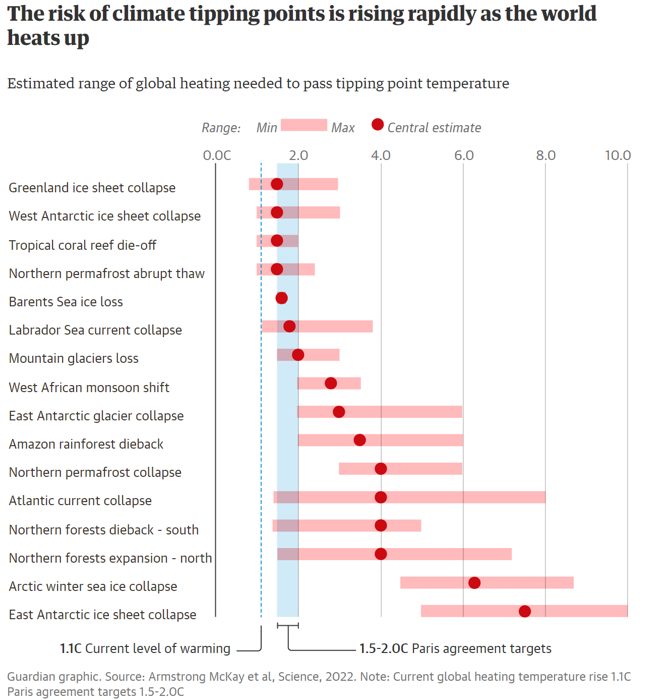 The tipping points most at risk are discussed below (with further discussion in a report in Science[4]).

Scientists believe that the Greenland ice sheet will inevitably melt, even if fossil fuel burning ceased overnight. Global warming to date will lead to a sea level rise of 27cm from Greenland alone as 110 trillion tonnes of ice melts. Extrapolation to other ice caps would see a multi-metre sea level rise.

This 27cm measure is seen as a minimum as it accounts only for global warming to date and does not allow for future warming, and other drivers of ice loss are the margins of the ice sheet.

It is argued that this 27cm rise will inevitably happen over time as it arises from global warming that has already occurred.

In March 2022 the Conger Ice Shelf in East Antarctica collapsed. Ice shelves act as plugs controlling ice flows from land to sea. The Thwaites Glacier acts similarly as a bottleneck protecting the West Antarctic ice sheet. If this ice sheet were to melt completely it would raise sea levels by around three metres. 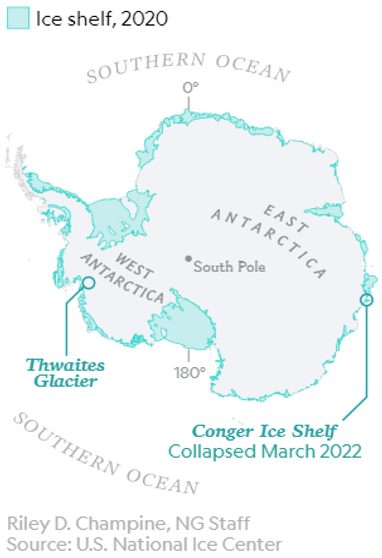 Coral bleaching: In healthy coral, its polyps are inhabited by algae (zooanthellae) which provide the coral’s colour and the nutrients and oxygen coral needs to survive. Under stress, e.g. from rising water temperatures, coral expels this algae which leaves the coral fragile and susceptible to disease and death.

Coral reefs occupy about 0.2% of the seafloor but are home to 25% of marine species and 4,000 fish species. They provide shelter from predators, and storms and swells, as well as providing food or work for 500 million people worldwide. The Great Barrier Reef supports a $5 billion per annum industry.

Permafrost: A thick subsurface layer of soil that remains below freezing point throughout the year, and occurs chiefly in polar regions. As permafrost thaws, it releases methane and carbon dioxide into the atmosphere. This is because organic material frozen for thousands of years becomes available to microorganisms which convert it into greenhouse gases (GHGs). Methane is about 80 times more potent than CO2 over a 20-year period but doesn’t remain in the atmosphere as long.

Evidence shows that permafrost in the Arctic region is changing and degrading very rapidly. Modelling indicates this will lead to large increases in methane, although this isn’t yet showing up.

Thermokarst lakes are formed when permafrost thaws causing the ground to subside. These lakes are high GHG emitters, particularly of methane. These emissions are not currently included in modelling, so the modelling results are conservative.

Alaska has become a net GHG emitter through the effects permafrost thawing, rather than a storer of GHGs.

The tipping points discussed above indicate the required urgency of global responses to climate warming. The Guardian Graphic above indicates that keeping global warming to a maximum of 1.5oC is marginally adequate at best and the target probably needs to be lower. The Climate Analytics graphic below indicates that the Australian Government’s 43% minimum reduction in GHG emissions by 2030 does not reach the 1.5oC threshold and more needs to be done.

This is clearly a field where actuaries have an important part to play in identifying and evaluating risk. 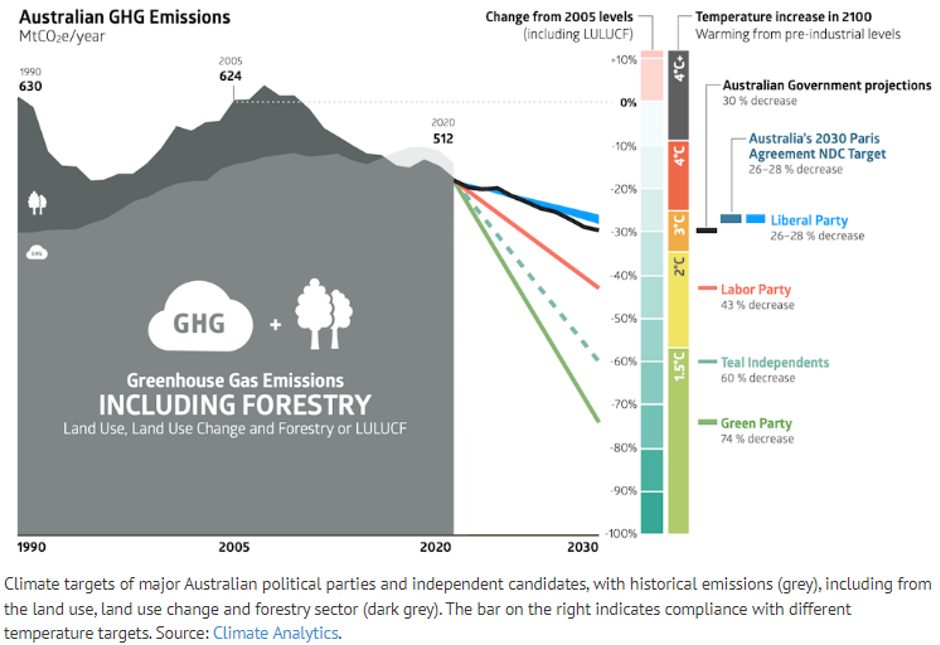 Jim O’Donnell’s working career has been with AMP Ltd and APRA, in life insurance and superannuation. Jim has a long term interest in sustainability and climate change, heightened by working for the Climate Council during the 2022 Actuarial Hackathon.

What is ‘loss and damage’?