Has the death rate of COVID-19 increased or decreased since May 2020? This article is an update from the previous analysis for the COVID-19 Blog on this issue. 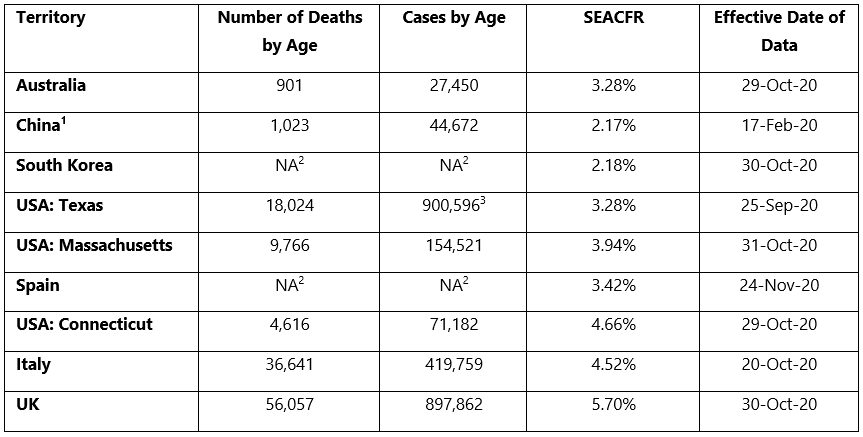 CFRs by age for each region are set out in the table and graphs below. The tables/graphs contain the same information with the following points noted. 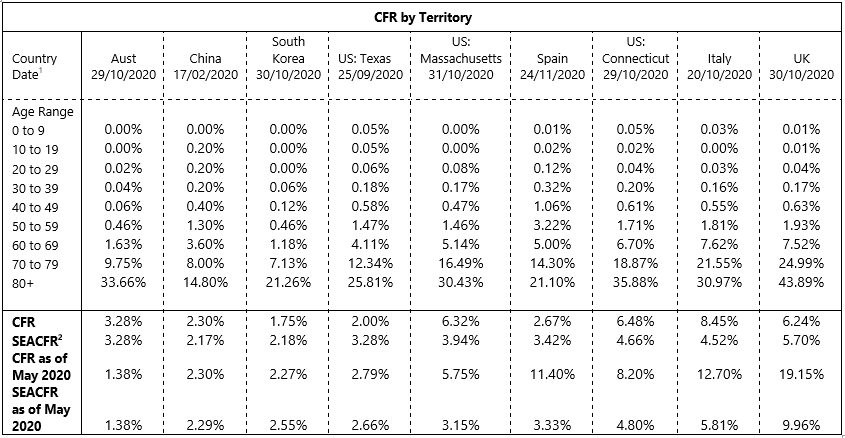 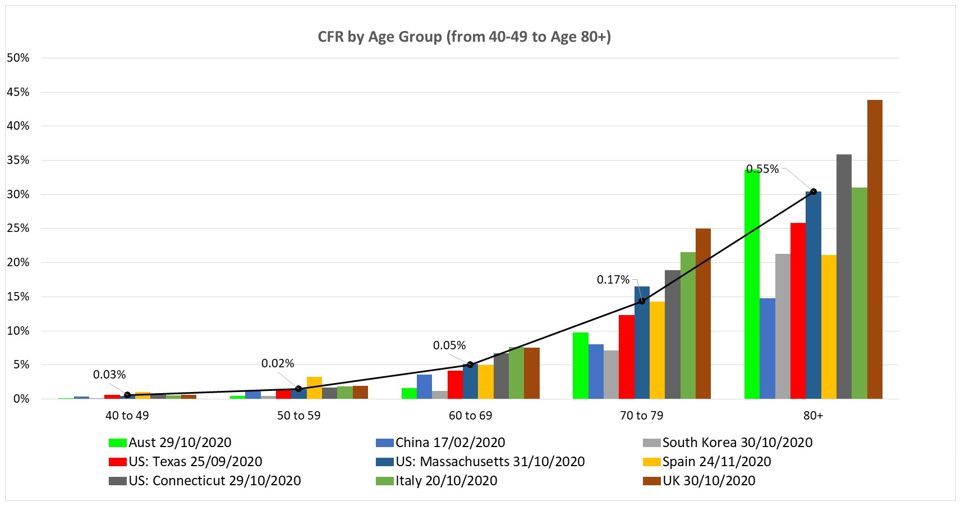 Critical in interpreting this information is understanding countries’ ability to identify and report infections and deaths.  All other things being equal, if infections are under-reported but deaths are not, the resultant CFR will be overstated. However, if deaths are also under-reported, the overstatement will reduce, and the measured CFR might even be understated.

All territories are likely to have under-reported infections in the first wave, when testing had to be rationed. Many may have also significantly under-reported deaths, especially when people died at home.

The table as of May 2020 is also shown below for comparison purpose:

Compared to May statistics, the following is observed: 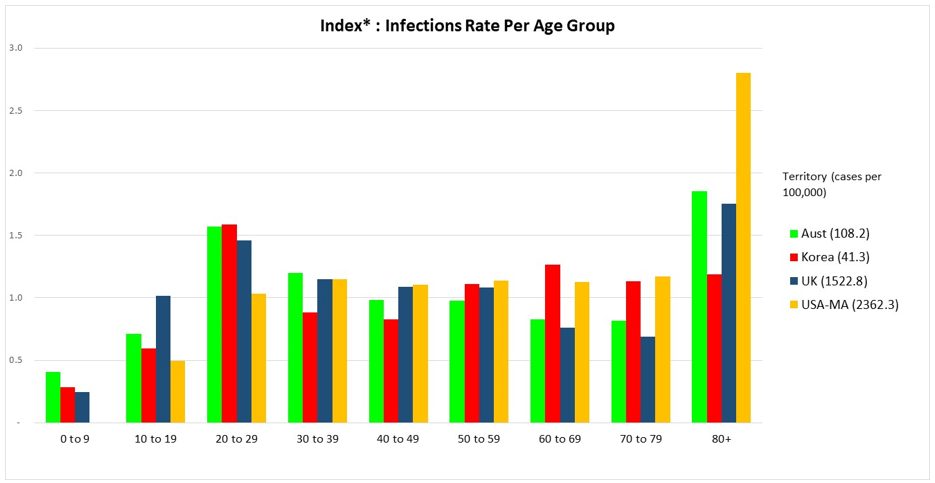 We analysed deaths involving COVID-19 by the pre-existing conditions for UK (England and Wales), New York State and Australia.

The following table shows the co-morbidities for England and Wales, New York state and Australia. For Australia, ABS provided the proportion of COVID-19 death with a pre-existing condition but not by age band. 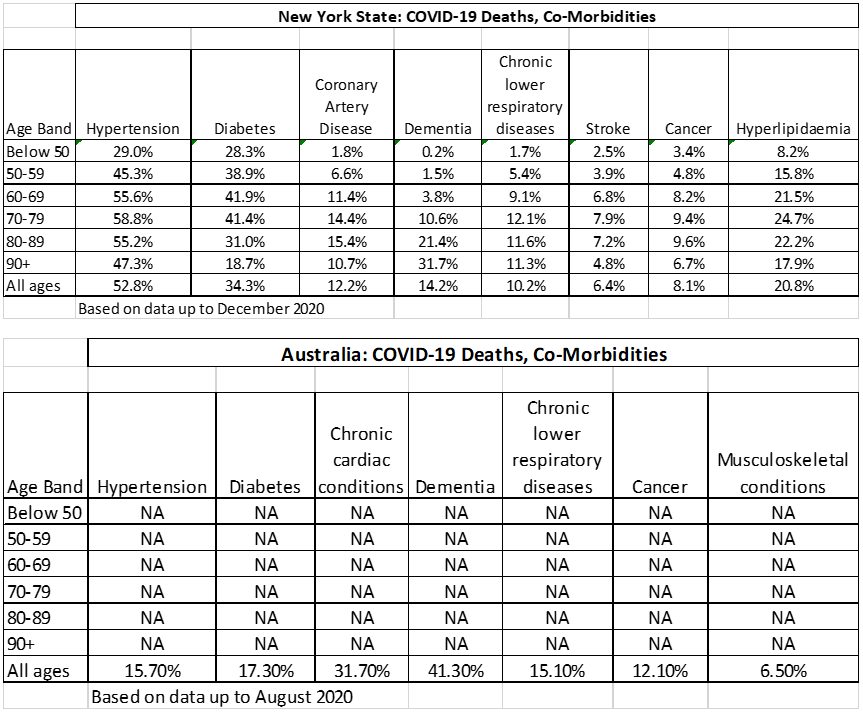 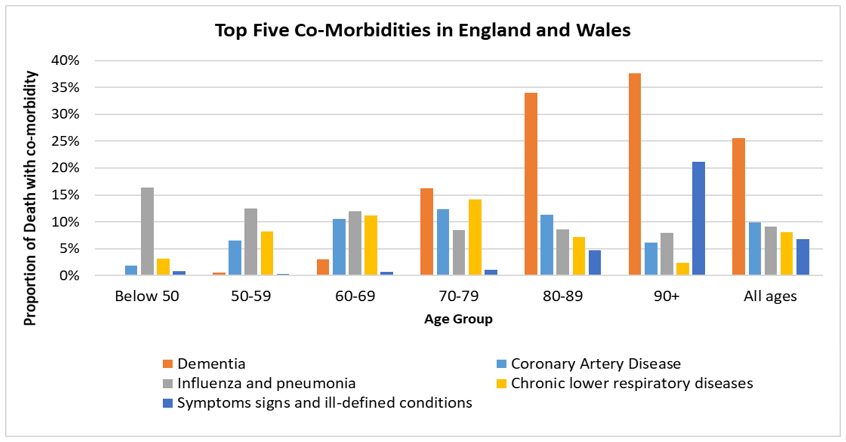 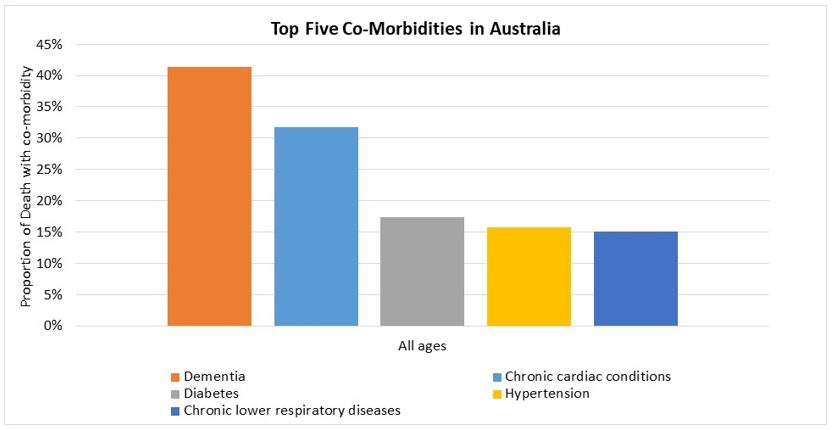 Coronary Artery Disease was the second common pre-existing health condition in COVID-19 deaths in England and Wales (9.9%). It has the proportion of 12.2% in New York State (fifth most common).

One of the UK (England) studies associations between pre-existing diagnoses and hospitalised COVID-19 with mortality, in a large community cohort. Similarly, another study was conducted based on COVID-19 statistics in New York State.

The following table shows the results from UK and New York state.

As we can see from the above table, pre-existing dementia in both the UK and New York State study was associated with the largest risk increase and is statistically significant. Diabetes (type 2) was the second highest risk increase of death from COVID-19.

For hypertension, both UK and New York State study showed that hypertension pre-existing condition might increase the risk of death from COVID-19. However, hypertension in both studies did not reach a statistical significance for being COVID-19 and dying. 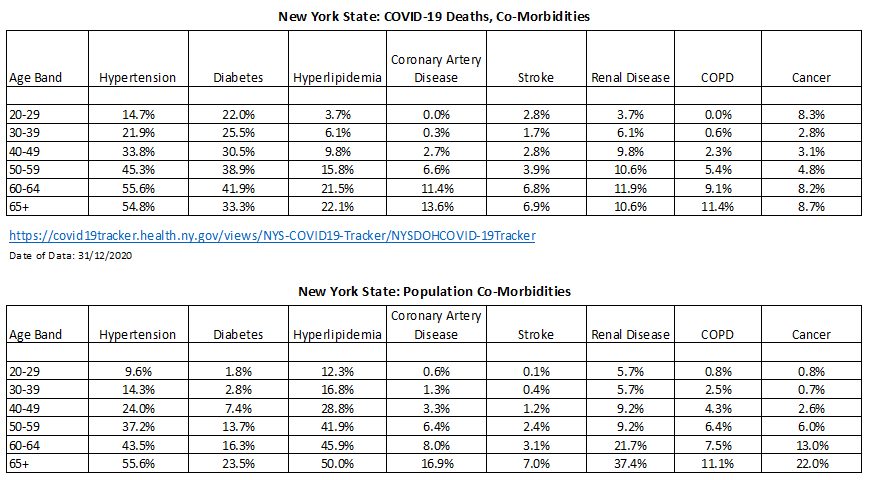 The following table gives ratios or multipliers to the presumed base level of COVID-19 mortality from the key co-morbidities. With the updated data, this still shows unexpected, and often low, co-morbidity outcomes, most notably for COPD, given COVID-19 is a respiratory disease. New York co-morbidity study also showed that the pulmonary conditions were not associated with higher mortality

There appear to be, however, two highly significant co-morbidities for younger people, as shown in the table, diabetes and stroke.

The results for diabetes and stroke are highlighted in the graphs below. 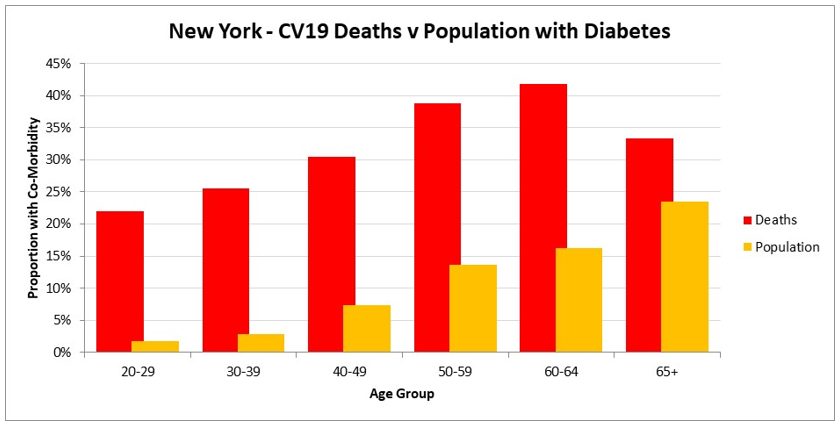 The result is consistent with the above UK co-morbidity study which suggests that Diabetes increases the risk of death from COVID-19 (the second highest increase across the co-morbidities considered). 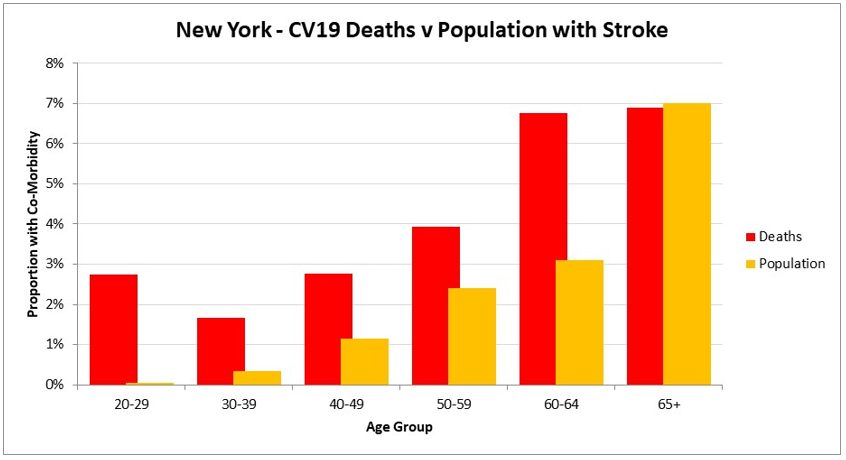 Given stroke can be a consequence of COVID-19, the high prevalence of it as a co-morbidity in COVID-19 deaths might point to an outcome instead of a risk factor. On the other hand, it is possible that COVID-19 might be more severe for those with a higher natural propensity for stroke. And it is not clear how we would identify such people in population data and COVID-19 deaths. Hence, it is difficult to make a conclusion from the current available data.

Apparent expected CFR for each co-morbidity is calculated based on New York State deaths and population profile, adjusted by average observed CFR for Australia, China, Korea and Spain. 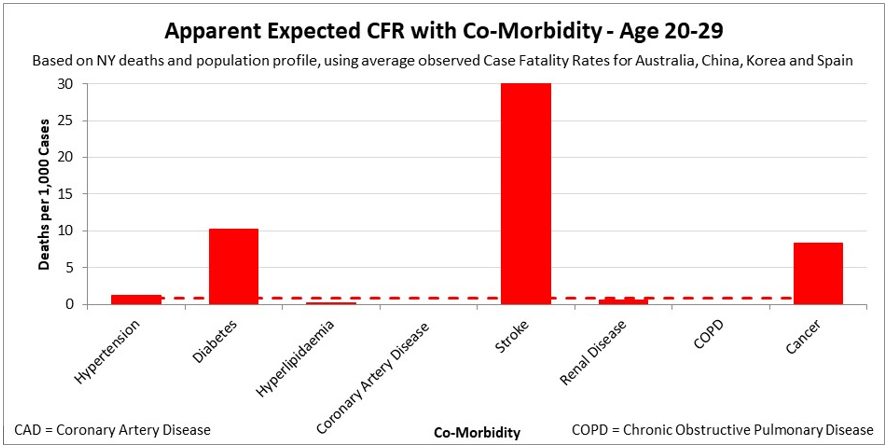 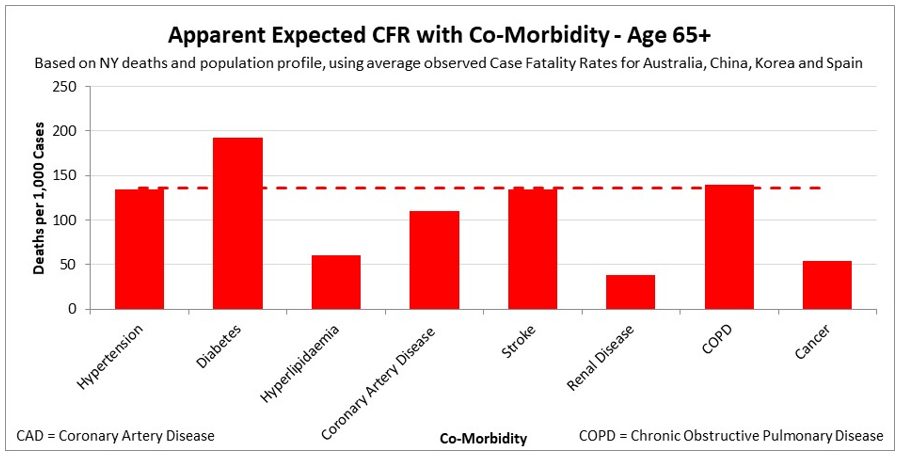 Iris is a group risk pricing actuary at Zurich (Onepath Life). She has years of pricing experience at direct insurers and reinsurer in Australia and overseas, specialising in retail and group pricing, product development and providing innovative solutions to clients. She is a member of COVID-19 working group, with research interest in mortality and morbidity impact of COVID-19.

The role of insurance in enhancing societal resilience to flood risk