The Australian Bureau of Statistics (ABS) has released the Australian weekly mortality statistics up to 24 November 2020 (for doctor-certified deaths only, i.e., excluding coroner-referred deaths).

Unfortunately, we still do not have the full year’s picture for 2020, however this data adds three more months since our last update (this is the fifth in a series of updates on Australian mortality in 2020; previous versions can be found here).[1] We will be doing a full update on 2020 in a paper at the 2021 All-Actuaries Virtual Summit in May, when we have information for the full year.

Across the year to 24 November, there have been almost 3,900 (2.9%) fewer doctor-certified deaths in Australia than predicted based on the previous five years’ deaths.

In the months of September and October, weekly deaths were at or below the low end of the likely range. Deaths in November, however, have been close to expected. This is not because deaths in November have increased, but rather because we are through the winter hump, hence experiencing a lesser benefit from low levels of respiratory disease deaths. 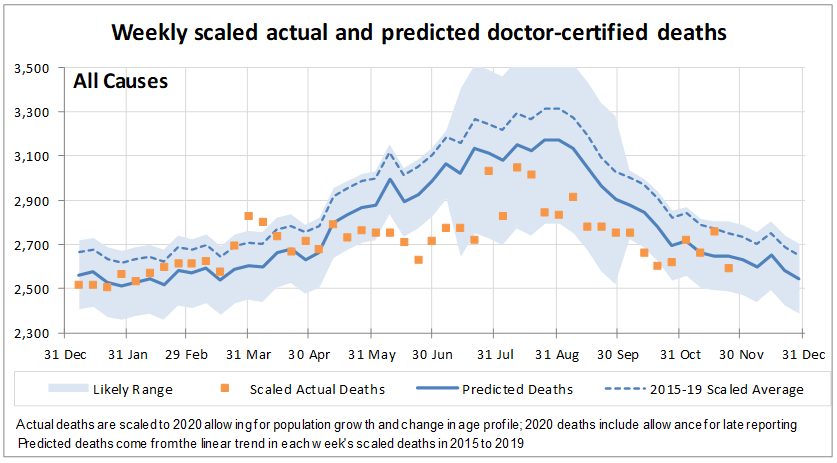 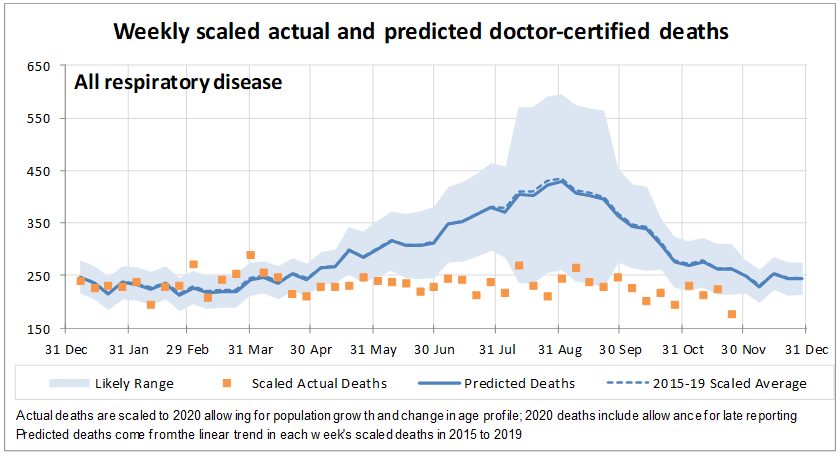 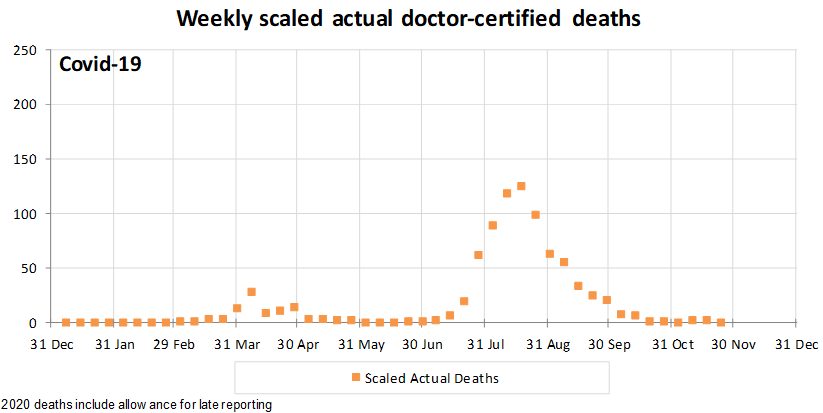 The following table summarises the deaths in the year to 24 November compared with our prediction (based on deaths in 2015 to 2019). 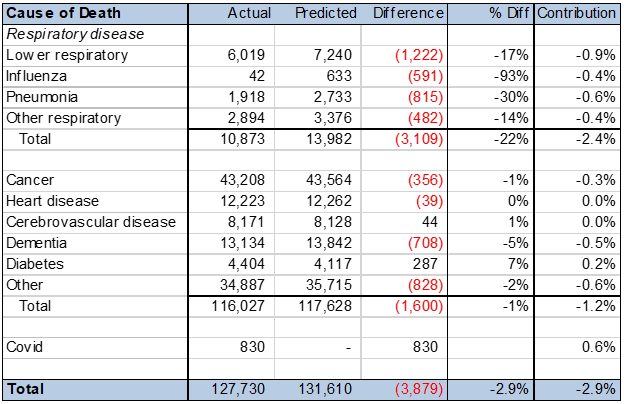 Deaths from non-respiratory causes are also lower than predicted by around 1,600 deaths:

[1] As with our previous analysis, we built a model predicting weekly deaths in 2020, based on the information provided by the ABS about weekly deaths during 2015-2019.  For each cause of death:

Plenary highlights of the Future of Health Seminar