As Michael Rice was recently awarded as an Officer of the Order of Australia, Andrew Boal writes to congratulate Michael and highlights some of his key contributions.

The Actuaries Institute would like to congratulate Michael Rice for being awarded an Officer of the Order of Australia, “for distinguished service to business and economics, particularly to the actuarial profession, and through advisory roles”.

Michael is a leader within the financial services industry and is well known for his tireless advocacy for good public policy across Australia’s superannuation and retirement sectors.  Michael is one of a handful of expert actuaries who the media seek out for insightful and unbiased commentary, which is supported by the research and industry projections of Rice Warner, the firm he founded in 1987. 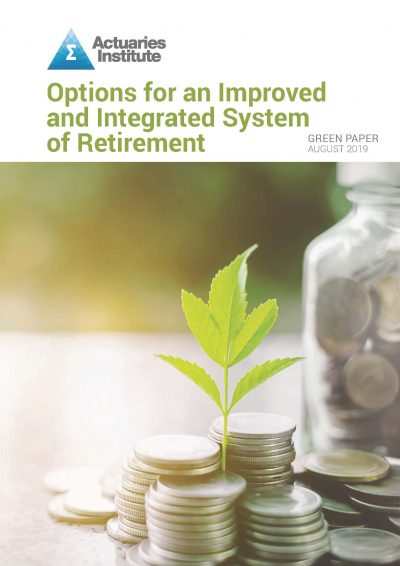 Closer to home, Michael has been a champion of women at Rice Warner, introducing the company’s Valuing Females Policy (including higher superannuation contributions for female staff to help improve their retirement outcomes).

The Institute of Actuaries of Australia has previously recognised Michael’s contribution and dedication to the actuarial profession and Australia’s retirement savings system, awarding him the prestigious Actuary of the Year Award in 2017.  Among many other contributions to the profession, Michael was a member of Council (2000-01) and Convenor of the Public Policy Council Committee (2014-19).  He has also been involved in numerous papers that examine the Age Pension and dependency, superannuation fund fees, projections of both the superannuation and personal investments markets, analysis of member choices, and the evaluation of retirement strategies for superannuation funds.  Michael continues to have a keen interest in the integration of social security and superannuation, as well as measuring the adequacy of retirement incomes.

Michael is an advocate of the importance of being involved in public policy.  He encourages all actuaries to contribute to the ongoing debates around superannuation, life insurance, financial advice and investments.  “It greatly improves our knowledge and contributes something back to our society”, he says. Like Sir Francis Bacon, Michael likes to reminds us all that every person is a debtor to their profession.

Michael, congratulations on your latest award recognising your significant contribution to the actuarial profession and the industries in which you work over many years of service.

Andrew is an experienced financial services professional who specialises in providing actuarial and strategic consulting advice to leading companies and superannuation funds. During his career, Andrew has driven research and public policy in various areas of interest, including retirement adequacy, retirement income products and solutions, member disclosure and advice, member engagement and digital solutions, governance and risk management. Andrew has been a regular speaker at industry events such as the annual ASFA conference and the Conexus Post-Retirement Conference. In addition, he was a speaker at the 2012 and 2015 Asia-Pacific Pensions Forum and the 2010 OECD/IOPS Global Forum on Private Pensions. Andrew is currently a member of the Institute's Public Policy Council Committee (since May 2019) and Chair of the Retirement Strategy Group (since 2017), Convenor of the Superannuation Practice Committee (2008-17) and a Member of Council (2012).