Hugh looks at the EU’s recent guidelines for ethical AI.

As artificial intelligence (AI) becomes cheaper and easier to build and apply, it is natural that more attention has been given to the ethical issues surrounding AI.

Some examples are obvious – if a prediction model can be made more accurate (e.g. an insurance premium) using variables such as race, is it ethical to do so? However, there are other types of ethical issues, some subtle, that can arise too. 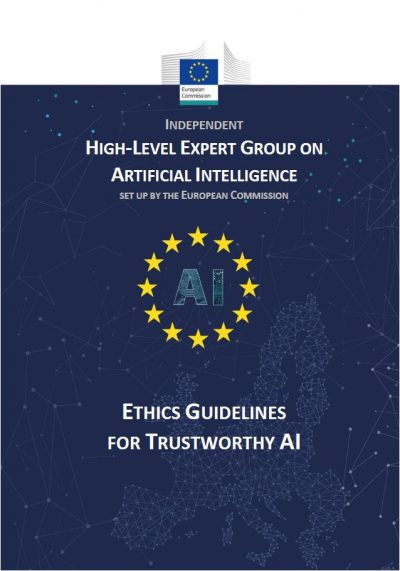 One interesting contribution to this topic is the EU’s “Ethics Guidelines for Trustworthy AI”, released in April 2019 and put together by a European group of AI experts. By expanding to the term ‘trustworthy’ the guidelines also include recognition that AI should also be lawful and robust, in addition to ethical.

The most practical part of the document is a toolkit of things to consider across seven areas that speak to different aspects of AI risk.

For those interested, it’s worth a read, but some thoughts I had on the way through:

More generally, it’s easy to see that some high-profile uses of AI will have to embrace more formal governance structures along the lines of the EU guidelines; executives, regulators and consumers will all have questions about computer models that need to be answerable, and AI-based decisions need to be defendable. This requires a good mix of technical skills, business understanding and concern for the public good; perhaps another opportunity for actuaries?